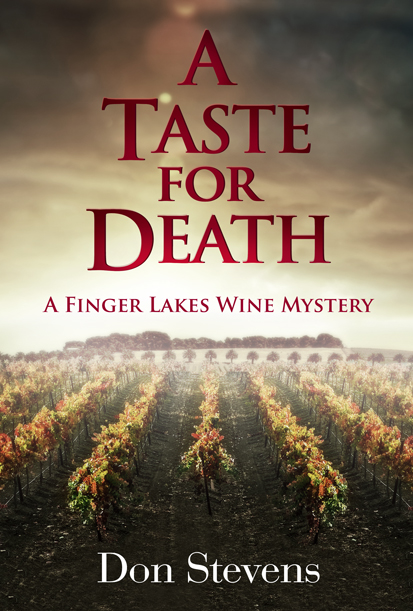 Gerard Bellamont, a famous wine critic with French roots, is found strangled with what appeared to be trellis wire at Allenwood Vineyard, where he was one of the guests to a party the previous night. At this party, Bellamont was heard saying something odd when staring at one of the local wine bottles, “I didn’t like it the first time I laid eyes on it”. Investigator Deville, also originally from France, is the lead detective in this mystery.

“Don Stevens weaves a story that is both a police procedural and a psychological thriller in his Finger Lakes Mystery. A Taste for Death is highly recommended.”–Reviewed by Jack Magnus for Readers’ Favorite